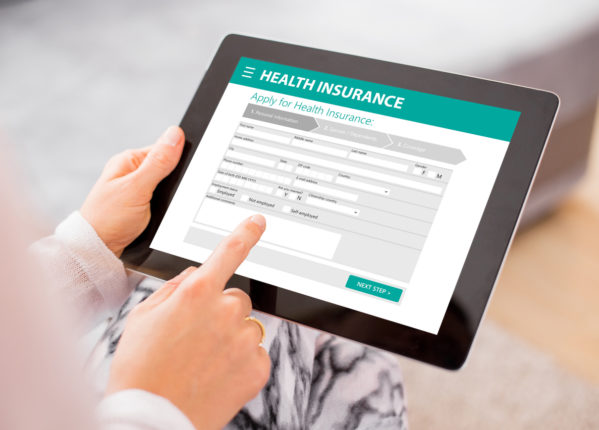 What You Should Know About Health Insurance in 2021

With the recent election and an ongoing pandemic to worry about — not to mention the rapidly approaching holiday season — you may not realize that open enrollment for health insurance started earlier this month.

The annual signup period to get major medical benefits under the Affordable Care Act (ACA) kicked off on November 1st and will run through December 15th in all but a handful of states.

It’s your one time during the year to get full, comprehensive health insurance that meets all the requirements and standards of the ACA.

And if you need a reminder, the ACA is the current healthcare law, enacted in 2010 under former President Barack Obama. That law:

But the law also created an open enrollment period, an annual chance to review your current coverage and change it or buy a new health plan if you don’t have one already.

And that open enrollment period is now.

Ready to take part? Here’s what you should know about buying health insurance for 2021.

There are more plan options this year.

The Centers for Medicare and Medicaid Services (CMS), which oversees the federal marketplace for health insurance, reported last month that there are more plan options in 2021 than there were last year.

Overall, more people will have access to more health plans.

According to CMS, people shopping on the federal exchange will have an average of 4 to 5 health insurers to choose from in 2021. That’s up from 3 to 4 last year.

The only state with access to one insurer next year is Delaware. But again, that doesn’t take into account private, off-marketplace plans.

We’re not saying you’ll definitely have more to choose from than the national average, but CMS only looks at plan info for Healthcare.gov. You may find different options by shopping privately online.

And some plans cost less than they did in 2020.

Prices didn’t drop dramatically for 2021, but they did go down. In a press release issued last month, the CMS reported that the premiums for second lowest-cost silver plans on the marketplace dropped by 2% for next year.

These plans — the second-lowest priced ones at the silver level — are used as benchmark plans in setting subsidies. Overall, premiums for benchmark plans have decreased 8% since 2018.

And according to the CMS, benchmark premiums for a 27-year-old living in Iowa, Maine, New Hampshire or Wyoming will drop by double digits in 2021.

With rates down again for next year, now’s the time to see if you might save money by switching health plans. It never hurts to check. And since most people qualify for tax subsidies, you may save even more depending on your income.

Subsidies can also lower what you pay for health insurance.

Nearly 9 out of 10 people who bought marketplace health plans from the federal exchange in 2020 qualified for a tax credit to lower their premiums. These tax credits, also called subsidies, offer substantial help for a lot of low- to moderate-income households.

According to the CMS, a 27-year old whose income hits 150% of the federal poverty level would pay just $57 a month (on average) for the lowest-cost silver plan on the marketplace in 2021. That’s after applying the tax credit. Without it, that same silver plan would be about $369 a month on average.

These subsidies are available to anyone earning between 100% and 400% of the federal poverty level. The amount varies, but subsidies lower your monthly premium cost.

Health insurance can be pricey. But there are ways to lower the cost.

Keep in mind that, too, that you can apply your tax credit to any of the metal tiers.

In the example above, the $312 subsidy (that dropped the premium from $369 to $57) could be applied to a gold plan instead. You might pay more upfront, but you’d pay less out of pocket during the year since gold plans cover more costs, on average, than silver plans.

For people who earn between 100% and 250% of the federal poverty level, there’s also extra help available to reduce out-of-pocket expenses, like copays or your annual deductible. If your income falls within this range, you’ll get extra help only if you pick a silver plan.

Don’t worry about doing the math on your subsidy yourself, either. When you apply online for coverage, eligibility is determined automatically. No need to whip out the calculator on this one.

You don’t have to buy a marketplace plan on a government marketplace.

It’s true that marketplace plans are the only ones offering subsidies to lower your monthly premium costs if you qualify. But you don’t have to use a state or federal exchange to buy these plans.

You can shop in the private market, too, depending on where you look.

In fact, our independent marketplace can help you find the subsidies you qualify for, while showing you plans that you might not see on a government exchange. It’s an easy way to see all of your options while still getting the savings you’re entitled to.

(We’re not a broker or insurance agency, by the way. HealthNetwork is an independent health insurance marketplace that connects Americans with coverage options based on where they live. You can learn more about that here.)

And if you can’t afford a marketplace plan, you have other options.

But for some people, marketplace plans are also expensive.

Thanks to those guaranteed essential health benefits, the price tag for an Obamacare health plan can be too high. That’s especially true for the people who don’t qualify for tax subsidies to lower monthly premium costs.

Let’s take a look at some examples of how the cutoff for subsidies might impact pricing for health insurance.

By the way, we used the subsidy calculator from Kaiser Family Foundation to estimate these figures.

For some people, the math just doesn’t add up for a marketplace health plan.

As you saw with the family of three, a mere $100 difference in income for the year means a premium bump of nearly $5,000. Many American families would struggle to come up with an extra $5k for health insurance premiums.

Even for our single guy, an extra $100 in income meant nearly the same in extra premiums, effectively making his extra income a wash. And because ACA plans cover a lot of benefits he, as a single person, likely won’t need — like maternity care and pediatric care — he’s paying a lot out of pocket for coverage he may not use at all.

Plus, premiums don’t tell the whole story, either.

When you consider deductibles, coinsurance and copayments, out-of-pocket costs for some Americans are just too high to make comprehensive health insurance accessible.

This kind of coverage is not the same as major medical insurance. It does not:

We mention short term health insurance as an affordable alternative to marketplace plans, but these plans are not designed as a substitute for major medical. They cover temporary gaps in coverage, like if you’re in between jobs or you can’t afford major medical right now.

Short term is a safety net that typically covers emergencies and unexpected medical problems. It’s not the same as ACA coverage.

To learn more about short term health insurance, head over to our sister site here.

Don’t rule out other government programs, either, like Medicaid and CHIP.

In some states, you may qualify for Medicaid under expanded guidelines from the Affordable Care Act. But even if you can’t get Medicaid in your state, you may be able to enroll your kids (if you have them) in CHIP, which stands for the Children’s Health Insurance Program.

Note: if you do qualify for Medicaid and/or CHIP, you can enroll in these programs anytime during the year.

And now’s the perfect time — possibly your only time — to check those out. From now through December 15th, take a look at what’s out there for you. The ACA is still the law of the land, which means you still have access to plans that cover a broad range of benefits regardless of your health history. And you may even get a subsidy to lower what you pay for that coverage.