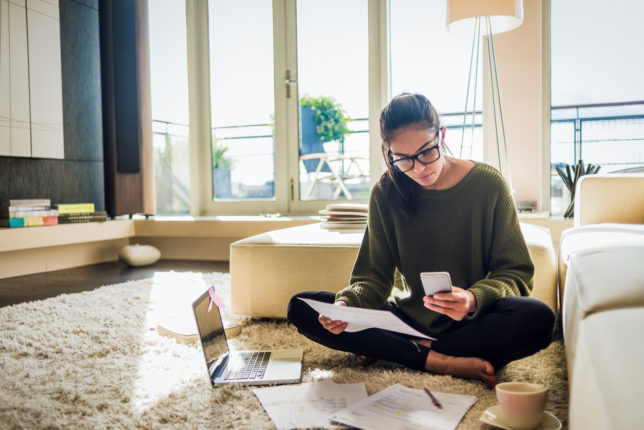 You might have heard a lot about short term health insurance plans over the last few years. They’re billed as an alternative to pricier, more comprehensive plans sold under Obamacare. But these temporary health plans aren’t quite the same as their robust counterparts.

Knowing the difference can help you decide whether a short term health plan will work for you.

But separating fact from legend isn’t always easy in the health insurance world.

Wondering where to start?

This myth is just false, plain and simple.

But to say that short term plans don’t cover anything would be like saying a comic strip isn’t as worth your time as a Jane Austen novel.

Both serve a purpose.

You might learn more from Pride and Prejudice, of course. But if all you need is to pass the time in a waiting room, a few blurbs from Peanuts will do the job.

They’re good for new college grads without access to a family plan, people waiting for a job-based health plan to kick in, retired adults who aren’t quite old enough for Medicare and other people in transition.

Short term policies are designed to last for — you guessed it — a short time.

And because these policies are really more for unexpected medical costs (think accidents and random illnesses), they don’t cover the things a comprehensive policy does.

Coverage depends on the plan you get. But you might be surprised by all the things a short term health plan does cover. Don’t discount it as junk.

Short term health insurance is a temporary safety net that can help you offset the cost of medical care, which can be staggeringly high.

It won’t cover most preventive care, pre-existing conditions or other routine services. But it can provide peace of mind if just need gap coverage for unexpected situations.

Major medical plans are the kind of policy you probably think of when you think “health insurance.” Regulated at federal and state levels, major medical coverage typically adheres to rules laid out by the Affordable Care Act (a.k.a. ACA or “Obamacare”).

These plans cover 10 essential health benefits, protect people with pre-existing conditions and include a host of other consumer protections.

Major medical plans also tend to cost more, even for people who get subsidies from the federal government to offset monthly premiums.

If you can afford major medical coverage and it’s the time of year when you can buy it, we recommend it.

That said, there are two major reasons why you might prefer (or need) a short term health insurance plan over a major medical policy: cost and time period.

Unless you qualify for a special enrollment period because of a major life change — like getting married, moving or becoming a citizen — you can only buy major medical health insurance during that set period in the calendar year.

If you’re reading this and it’s not late fall, you’re probably out of luck for major medical until the next open enrollment period.

But time of year isn’t the only reason you might not be able to enroll in a major medical plan.

Cost plays a big role, too.

About 87% of people who buy an ACA-compliant health plan qualify for a tax credit to lower monthly premiums. These tax credits are also called subsidies. And they’re a pretty sweet deal for those who qualify.

Per data from the Centers for Medicare and Medicaid Services, average tax credits lowered premiums from $612 to just $87 a month in 2019.

Again, if you can afford the premiums and it’s open enrollment, major medical plans will be the best value in terms of coverage and cost.

But what about the people who don’t qualify for subsidies?

Now we come to the issue. You see, for lots of Americans, the cost of major medical insurance remains unaffordable.

The government says that people who earn more than 400% of the federal poverty limit should be able to pay full price for their medical insurance. That doesn’t always work out, though. Example:

That’s quite a difference for 1% more income.

And for millions of American families, this kind of thing is the reason health insurance remains unaffordable.

Major medical benefits are comprehensive. They cover a lot. But they also cost a lot.

If your family earns just above the 400% poverty limit but can’t afford the full benefits of an Obamacare plan, then short term coverage could be a good solution as a basic safety net. It won’t provide you with the robust benefits that a major medical plan would, but it would help offset the costs of unexpected medical crises.

Major medical plans are not always better than short term health insurance when you think about cost.

Plus, if you’re a young and healthy individual without a family to support and little need for regular doctor trips, major medical plans might not be worth the cost. Short term plans bridge temporary gaps.

But they serve a purpose — namely, to cut down on the risk of facing astronomical medical bills without any plan in place.

Like every health insurance plan — major medical or short term — deductibles depend on the policy you buy.

Looking at a few examples from UnitedHealthcare, some plans have deductibles as low as $1,000 while others go all the way up to $12,500. National General, another short term health insurance carrier, offers plans with deductibles ranging from $1,000 to $25,000 depending on where you live.

Short term plans tend to be more flexible in terms of copays and deductibles. That means you might have more options than you would for major medical policies.

As a general rule, though, the lower the deductible, the higher your copay will be.

That’s typically true of any health plan. You’ll pay more per month for coverage with lower cost sharing. And as a reminder, “cost sharing” refers to what you pay out of pocket for medical care, including deductibles, copays and coinsurance.

How do short term health plan deductibles compare to those of major medical policies?

On average, deductibles for major health insurance plans in 2020 topped $4,500 for silver plans, the most popular plans on the ACA marketplace. Obamacare plans come in tiers: bronze, silver, gold and platinum. Lower-tiered plans have higher deductibles.

Per Kaiser Family Foundation, which tracks this kind of data, average yearly deductibles for plans with combined medical and prescription drug deductibles on the federal marketplace in 2020 looked like this:

As for hidden fees with short term health plans, this isn’t likely if you’re shopping with a trusted health insurance company like UnitedHealthcare or National General.

Health plans list their fees up front. You may have administrative fees for the application or other fees as determined by the plan, but this information should be readily available before you even sign up.

In fact, just as a side note, UnitedHealthcare’s brochure for plans in select states notes that none of their short term health insurance plans require an application fee. But that’s not to say you won’t have one, of course.

As with so many aspects of health insurance, your mileage may vary.

Myth #4: You’re better off with nothing than a short term health insurance plan.

Think you’ll come out ahead by pocketing money for a monthly premium and taking the gamble on a medical crisis? Good luck. (Said with sincerity, of course.)

Unless you’re the World’s Luckiest Person and you’ve never had a single accident or mishap in your life, your chances for getting into some kind of medical trouble are pretty good.

Not to jinx you, but according to the Centers for Disease Control and Prevention, nearly 30 million people end up in the ER every year thanks to accidental injuries. A decade ago, injuries accounted for 17% of ER visits, making it fairly likely that you’ll get into a few scrapes here and there.

But even if you’re the embodiment of poise and grace and never so much as stub your toe on the coffee table, you might find yourself in the hospital with pneumonia through no fault of your own.

Point being, medical mishaps happen all the time.

And your hospital bills don’t care if you’re usually healthy or take great care of yourself. The average stint in a hospital cost nearly $16,000 in 2017 per data from Debt.org.

Short term health insurance won’t cover a lot of routine care, but one thing it’s good for is accidents and unexpected illnesses.

Let’s say you had a $20,000 bill for a broken leg repaired via surgery. If you had a short term health insurance plan, you might have a $2,500 deductible and then be responsible for 20% of the remaining cost after insurance pays.

Would you rather pay $20k or $6k for the same broken leg?

A short term plan might not be a good sub for full major medical coverage, but it sure beats paying full price out of your own pocket for a medical crisis. (In other words, it’s actually better than nothing.)

What if you never break your leg or get pneumonia or end up in the hospital from a freak toe-stubbing accident?

Well, for starters, count your blessings. We certainly hope you don’t need your health insurance for a medical disaster.

Insurance is there for situations you can’t predict.

If you eat well, exercise regularly and take care of your mental and physical health, then you likely won’t need to see a doctor much. (Exceptions exist, of course.)

Short term health insurance is a temporary safety net designed to help offset the costs of unexpected medical bills. It’s not ideal for people with chronic conditions or those who need more regular medical care. But it’s a good idea for some people, and it might be exactly the kind of plan you’re looking for right now.

And if your short term coverage ends up not living up to your expectations? Drop it and find a new plan. That’s the beauty of a short term policy. It’s there when you need it, and you can ditch it when something better (i.e., more robust) comes along.

There’s a lot of misinformation about short term health insurance out there.

Know the facts. Know what you’re buying. And shop carefully. As long as you know how to separate fact from fiction, you’ll find a health plan that works for you — even if it’s temporary.