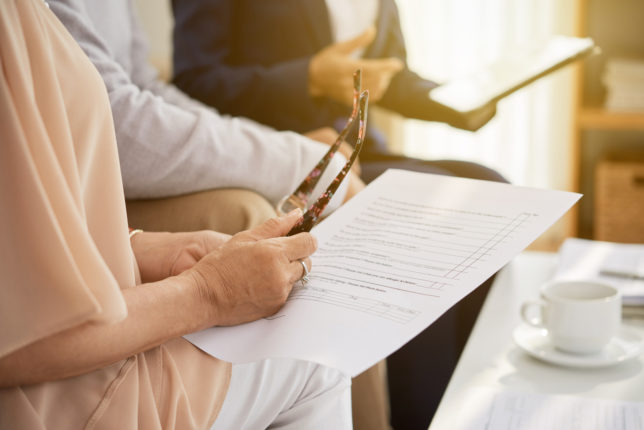 7 Things You Can Do During Medicare Open Enrollment

Every year, Medicare enrollees get a chance to change their coverage for the upcoming year. It’s a period of time called the Medicare Open Enrollment Period, or OEP for short. There are lots of enrollment periods in Medicare, including your initial window for signing up and a separate enrollment period for Medicare Advantage members.

But the Medicare OEP is arguably the most significant one after your initial signup period. That’s because the annual open enrollment period for Medicare covers a lot of ground.

It’s the one time in the year that every Medicare enrollee — whether in Original Medicare or Medicare Advantage — gets the chance to update their coverage.

It runs for nearly 8 weeks, starting on October 15th and going through December 7th each year.

As with other kinds of health insurance, Medicare members typically have to stick with their health plan for a full year at a time. But open enrollment opens a window into the world of possibilities — for health insurance, anyway.

And too many seniors skip this period altogether.

In fact, just 8% of Medicare Advantage members without low-income subsidies switched plans during the annual open enrollment period in 2016. And that’s pretty typical.

There are plenty of good reasons, though, to take advantage of the Medicare open enrollment window in the fall. You might save money, or find a plan with better coverage or broader benefits.

Plus, your needs might change from year to year. What worked for you in 2020 might not be enough in 2021.

Ready to see what’s out there? You’ll need to wait another month.

Until then, now’s the time to start thinking about the kind of coverage you want for next year. Knowing what you can (and can’t) do during open enrollment will help you prepare.

To that end, here are seven things you can do during Medicare open enrollment.

Advantage plans are sold by individual companies, like UnitedHealthcare, Humana and BlueCross BlueShield (among many others). Because of this, these plans tend to be highly competitive. That can mean lower out-of-pocket costs and better benefits.

By law, Medicare Advantage plans have to cover at least everything that Original Medicare covers. Beyond that, MA plans can cover a host of extra benefits. Many — but not all — Advantage plans cover:

Over the last decade or so, Medicare Advantage has become increasingly popular. Over a third of Medicare members (36%) chose these private plans over Original Medicare in 2020. That’s more than double the enrollment from 2011.

There are some drawbacks, of course.

Medicare Advantage plans tend to be HMOs, which stands for health maintenance organizations. This plan type usually requires members to use only in-network doctors. You may also need a referral from your primary care doctor to see specialists. Original Medicare doesn’t have such restrictions.

Still, costs may be lower with a Medicare Advantage plan.

In 2020, about 97% of Medicare members had access to an Advantage plan with a $0 monthly premium. No matter what type of plan you have, you’ll always pay the Part B premium. But with Medicare Advantage, you may get a slew of extra benefits without an extra price tag.

Interested in a private plan? Shop around during open enrollment. You might be surprised by the savings, benefits and convenience of a Medicare Advantage plan.

If you have a Medicare Advantage plan already and don’t like it, Medicare OEP gives you a chance to change your coverage. During the open enrollment period, you can switch from one MA plan to another — as many times as you need to get to the right one.

There are a few reasons why you might want to change your Medicare Advantage plan. Maybe you:

Whatever the reason, Medicare open enrollment is the perfect time to assess your needs and figure out what you want in a health plan.

Keep in mind, too, that as a current Medicare Advantage member, you have another opportunity to change your health plan.

During the MA OEP — Medicare loves its acronyms — current Medicare Advantage enrollees can switch to a new MA plan. The catch is that you can only make one change during this period.

By contrast, the Medicare open enrollment period in the fall lets you make as many changes as you want until December 7th.

#3) Go back to Original Medicare

Despite the benefits of Medicare Advantage, you might decide that you just don’t like having a private health plan. Maybe your local options don’t cover the providers you want to see. Or you live in one of the few areas in the country without a low-cost Medicare Advantage plan (it happens).

Whatever the reason, during open enrollment, you can drop your Advantage plan and go back to Original Medicare. If you do this, you can also:

Since Original Medicare doesn’t cover everything, you’ll probably want to join a drug plan and/or Medigap.

Sold by private companies, Part D drug plans give you access to prescriptions for a separate premium each month. And during Medicare open enrollment, you can join one of these plans.

Medicare supplemental plans, also known as Medigap, cover some of your out-of-pocket costs under Original Medicare.

Medigap plans, which you can learn more about here, can cover that 20% coinsurance and other costs, depending on the plan type. These plans are also sold by private companies, but they’re standardized across the country in almost every state.

If you go back to Original Medicare during open enrollment, you may be able to join a Medigap plan.

But there could also be restrictions, like having to go through medical underwriting. Outside of your initial signup period for Medicare, Medigap plans in some states are allowed to charge more or deny coverage altogether to people with pre-existing health conditions.

To learn more about Medigap in your state, check with your state’s health insurance department or Medicare.gov.

If you’re in a Medicare Advantage plan that doesn’t cover prescription drugs, you can use open enrollment to switch to a plan that does.

The opposite is true, too. If you have a Medicare Advantage with drug coverage, you can switch to one without it during open enrollment.

Since Medicare Advantage plans tend to be competitive — to get your business — you may save money and find better coverage by shopping during open enrollment.

Speaking of prescriptions, open enrollment is a good time to think about your coverage in general.

Original Medicare does not cover most prescriptions.

Part B will cover some drugs that you get at a hospital or outpatient setting, such as chemotherapy medication, as well as insulin if you’re diabetic. But you won’t have coverage for most drugs, like antibiotics for an infection or blood pressure pills.

If you have Original Medicare but don’t have a drug plan in place, use open enrollment to find a standalone Part D drug plan.

Part D premiums vary based on where you live and the kind of plan you get. For instance, in 2020, you might have paid as little as $13 a month or as high as $83 a month for a drug plan.

Consider the monthly premium, the deductible (if there is one) and your out-of-pocket costs when looking at a Part D plan.

Already have a Part D plan but not sure if it’s the best one for you? Take this time to assess what you don’t like about it.

During Medicare open enrollment, you can switch from one Part D plan to another.

And as with Medicare Advantage, Part D plans tend to be competitive. Shop around. You may find a better deal or better coverage — or both.

If you have a Part D prescription drug plan but decide you don’t want drug coverage, you can drop your plan altogether during open enrollment.

But before you do that, keep these things in mind:

If you’re having trouble paying for prescription drug coverage, check to see if you qualify for a program called Extra Help. Designed for Medicare enrollees with limited income, Extra Help could bring down your drug costs significantly. You may also qualify for other income-based programs, so don’t hesitate to ask for help.

You might love your Medicare coverage as-is, and that’s great.

But it doesn’t hurt to look at what else is out there for the coming year. Take some time to assess what you need and what you’re paying now. Then, when open enrollment starts on October 15th, you can compare your needs and budget to what’s available.

Educate Yourself: Free & Low-Cost Resources for Adults ‹ Previous Post
How to Freshen Up Your Home for Fall Next Post ›