Are you required to have health insurance where you live?

Are you required to have health insurance?

In most states, the answer is no. While the Affordable Care Act (ACA or Obamacare) required people to have health insurance by creating a federal “individual mandate” to buy coverage, that part of the law no longer applies.

Thanks to the Tax Cuts and Jobs Act of 2017, the individual mandate penalty was set to $0 as of 2019, effectively eliminating the provision altogether.

So as of right now, there’s no mandate requiring you to buy health insurance at the federal level — an important distinction.

Individual states, though, are allowed to set their own rules about coverage requirements. And some have. In fact, as of the time of this post in November 2020, five states and the District of Columbia have individual health insurance mandates in place requiring residents to have coverage. They are:

Along with D.C., these five states require people to have health insurance or face a penalty fine for being uninsured.

If you live in one of these places, you’ll need to get covered. We’ve highlighted the requirements and provisions in each state below, but always check with your state’s insurance department for specifics.

Here’s what the individual health insurance mandate looks like where you live.

California’s law requiring people to have health insurance took effect this year, on January 1, 2020. According to the new law, residents must have qualifying health insurance that meets the state’s standard for minimum essential coverage (MEC). That includes coverage from:

The law applies to you, a spouse or domestic partner, and any dependents in your household.

Most people in California must have health insurance.

But there are over a dozen exemption categories that may let you off the hook for paying a penalty. These include unaffordability (based on a percentage of income), incarceration, religious conscience, non-citizens who are unlawfully present, and general hardship, among other things.

Per the California mandate, anyone who doesn’t have health insurance and doesn’t qualify for an exemption will have to pay a penalty for being uninsured. The fine is calculated as either:

You’ll pay the higher of these two rates. California offers residents an online penalty fee calculator so you can estimate what your fine is for not having coverage.

As an example, we entered the info for a family of 3 with an annual household income of $75,000. The estimated tax penalty is $1,875 for this family.

Anyone who owes a penalty for not having health insurance in California will pay the fine when they file taxes for the following year. So for 2020, those penalties are due with 2021 taxes.

Open enrollment to buy health insurance in California runs from November 1 through January 31, 2021.

The District of Columbia started requiring health insurance in 2019. It’s called the “individual responsibility requirement” and it applies to most D.C. residents. Many types of insurance count towards the health insurance mandate in D.C., including:

There are exemptions available to avoid the penalty for not having health insurance in Washington, D.C.

These include, for example, low enough income that you don’t file a tax return, membership in a healthcare sharing ministry, being a member of a federally recognized Native American tribe, and being evicted within the last 6 months. You can find a full list on the state’s exchange site, or use the online exemptions tool to see if you might qualify for some of the accepted exemptions.

Short term health insurance, association health plans and other limited-benefits coverage doesn’t count as minimum essential coverage under D.C. law. If you don’t have one of the above types of health insurance and don’t qualify for an exemption, you’ll have to pay a penalty.

In the District of Columbia, the fine for not having health insurance is the greater of $695 per adult ($347.50 per child) per household, or 2.5% of your household’s taxable income.

D.C. sets a cap for the individual mandate fine based on the average yearly premium for a bronze plan on the exchange there. The cap is $3,448 per person (up to a max of five people in the same household) in 2020.

Open enrollment to buy health insurance in D.C. runs from November 1 through January 31, 2021.

Massachusetts has had an individual mandate for health insurance on the books since 2007, well before the Affordable Care Act became law. Once the ACA’s federal mandate got zeroed out, though, Massachusetts reinstated its own.

Per state law, everyone 18 and older has to maintain “minimum creditable coverage” (MCC) or pay a penalty when they file their taxes for the year. Plans that meet the MCC requirement include, among others:

Unlike some states, Massachusetts does not have an exemption for people who don’t have to file a tax return.

In fact, financial hardship is the only available exemption to Massachusetts’s health insurance mandate.

The hardship designation does cover a broad range of circumstances, though, including being homeless, being over 30 days late in mortgage or rent payments, and a significant change in financial circumstances due to specific situations, like domestic violence or a natural disaster.

The health insurance mandate for Massachusetts sets a penalty for noncompliance that changes each year. It applies to anyone who could afford health insurance but chose not to enroll. That penalty “shall not exceed 50% of the minimum monthly insurance premium for which an individual would have qualified” on the state’s exchange.

Massachusetts calculates a penalty based on the price of the lowest-cost plan available and income (as a percentage of the federal poverty level, or FPL). In 2020, the annual penalty fees for not having health insurance in Massachusetts were:

For married couples with or without kids, the penalty rate is calculated by combining the fines that would apply to each spouse individually. There’s no penalty for people with incomes below 150% of the federal poverty level in Massachusetts.

Open enrollment to buy health insurance in Massachusetts runs from November 1 through January 23, 2021.

New Jersey enacted the Health Insurance Market Preservation Act in 2019. It requires every New Jersey resident to have health insurance, qualify for an exemption or pay a penalty fine, which the state calls a shared responsibility payment (SRP).

Per the law, most forms of major medical coverage count as minimum essential coverage that satisfies the requirement, such as:

Most New Jerseyans have to have coverage, but there are exemptions under the law. These include: financial reasons, like not having to file a tax return or having unaffordable options; hardships, like homelessness or death of a close family member; and membership in certain groups, like healthcare sharing ministries or federally recognized tribes.

If you live in New Jersey and don’t have health insurance and don’t qualify for an exemption, you’ll have to pay a penalty. The fines for 2021 haven’t been posted as of the time of this article, but in 2019, the fine ranged from $695 to $3,012 for an individual.

In general, the New Jersey shared responsibility payment is based on your income and household size. And by state law, it’s capped at the statewide average annual premium for a bronze plan in New Jersey.

Rhode Islanders must have health insurance that meets the state’s standards for qualifying health plans. These are essentially the same as the minimum essential coverage requirements under the federal Affordable Care Act. Coverage that counts includes:

As with some other states, Rhode Island does not count limited-benefits plans (like hospital indemnity only or Medigap supplemental plans) as qualifying health coverage.

The law applies to most Rhode Islanders, but there are some exemptions available. These include categories like hardships, affordability issues, incarceration and being a part-year resident, among others.

If you don’t meet exemption requirements and don’t have health insurance in Rhode Island, you’ll be assessed a tax penalty. That penalty is the greater of:

Rhode Island allows people who get assessed a penalty to use a special enrollment period to get health insurance. That special signup period applies to people who are eligible to enroll using the state’s exchange site. And it lasts for 60 days from the date the penalty fee is assessed by the state.

Vermont enacted an individual mandate for health insurance in 2019. But as of the time of this article in November 2020, the state does not have a penalty for noncompliance.

This effectively renders that state’s mandate meaningless in terms of enforcement.

The Vermont law still requires residents to have health insurance, but as with the federal mandate under the Affordable Care Act, there’s no dollar amount attached.

Instead, Vermont residents will be asked about their health insurance status when they file their taxes. The state will then use that information for targeted outreach — i.e., to help the uninsured in Vermont to find health insurance options.

Open enrollment to buy health insurance in Vermont runs from November 1, 2020 through December 15, 2020.

A note about exemptions

In states that require you to have health insurance, you may qualify for an exemption based on affordability issues, hardships, residency status or other factors. Check with your individual state to see how to apply for one if you think you qualify.

But even if you qualify for an exemption and could avoid your state’s penalty for not having health insurance, it’s important to consider whether you might need it anyway.

Health insurance provides a safety net. It can help offset the high cost of medical bills, which are swelling ever larger to astronomical proportions. Just something to consider as you think about your coverage options during open enrollment in 2020. 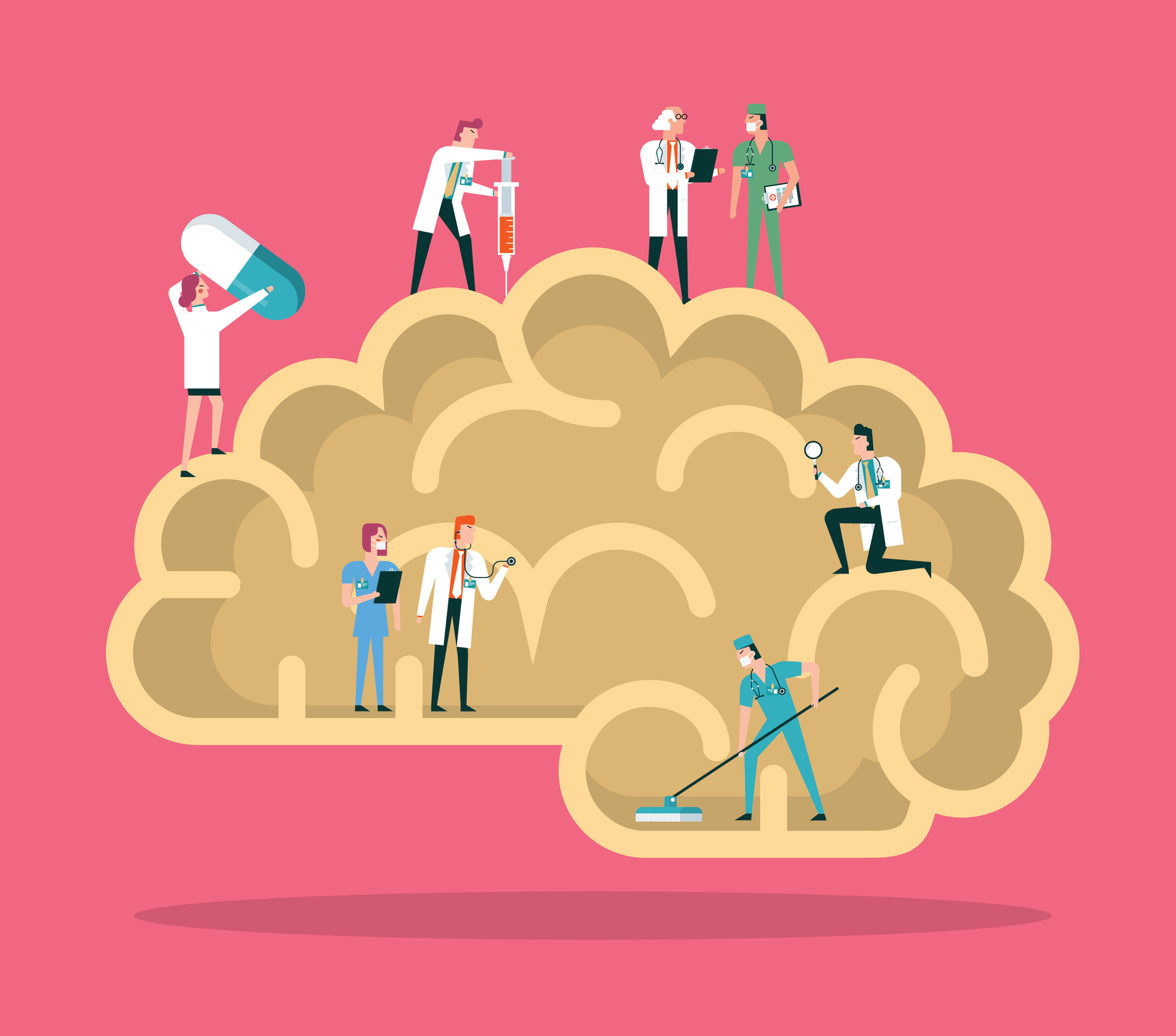