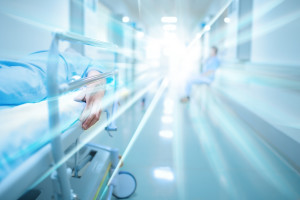 At it’s inception the Affordable Care Act took aim at hospital readmissions, it was and is a significant focal point of the ACA in an effort to ideally better spend health care dollars, improve the quality of care delivered to patients while in hospital, and to better coordinate the patient’s after and home care.

The law outlined financial incentives or bonuses to hospitals if they met certain goals. The ACA inserted this “carrot” in the law to entice hospital administrations to reduce their readmission numbers. Lower readmission rates mean that patients are getting the care they need the first time and do not have to go back to the hospital for additional care for the same medical issue. The law also allows penalties to hospitals that do not reduce their readmission rates.

What Studies Can Tell Us

Various comparative studies indicated that from 2007 through 2010 there was little, if any, improvement in hospital readmission rates which sparked the ACA’s interest. Furthermore these studies showed that almost twenty percent of Medicare beneficiaries were readmitted to the hospital within thirty days of their discharge, many of which were deemed preventable. It was from this combined data that a consensus was reached at the ACA that nationally the U.S. healthcare system could save billions of dollars by eliminating avoidable hospital readmissions.

Accordingly, addressing the readmission rates has been one of the focal points of the ACA, CMS and subsequent HRRP. Administrators for Obamacare initiated the Hospital Readmission Reduction Program to go into effect on October 1, 2012. And with the clear intended goal of the ACA in place, other agencies were enlisted to manage and assist. For instance, CMS developed the “National Strategy for Quality Improvement in Health Care” which aimed at reducing hospital readmission rates by twenty percent.

This increased interest in reducing hospital readmissions and overall has had a positive influence and seen as a step towards better health care. It has also led to a national discussion on approaching the problem, rather than an individual hospital approach. The ACA’s carrot and stick theory has certainly sparked hospital administrators to come up with alternative methods to reduce their rates of readmission, yes in part to avoid the penalties but, moreover to provide better health care procedures, and thereby reducing preventable readmissions.

However, as inspirational as the ACA’s goals were, there were still some areas of concern and controversy, such as whether it was appropriate to penalize hospitals that did not reduce their readmission rates, whether there were flaws in the formula created to incentivize and penalize hospitals and whether the entire program would unfairly affect certain types of hospitals over others (i.e. larger hospitals, teaching hospitals, and those treating the poor and transient populations).

To this last point there is valid concern that larger hospitals, hospitals that serve poorer communities and teaching hospitals will be pressured by the need to try to meet the ACA’s requirements and as a result will adversely affect patient care. There is also fear that in an increased effort to meet the standards and goals of the ACA and avoid penalties that the program will inadvertently negatively affect hospital administrator’s decision making practices where readmissions are concerned.

These potential problems and other related issues are the driving force for various groups to conduct studies on the urgency to address the problem and to present alternative solutions to help reduce hospital readmission rates in American healthcare.

Additionally, these comparative studies have been beneficial in that they are producing innovative perspectives as to how to tackle the problem such as; the Kaiser Permanente of Southern California which conducted a study at two hospitals studying unplanned readmissions. The Kaiser Permanente study concluded the following:

What We Can Do Going Forward

As positive and forward thinking the ACA’s aspirations are, there are some areas of valid concern that will have to be re-examined in order to fine tune the ACA’s readmission reduction “incentives” plan. Healthcare advocates need to be certain there is proper consideration given to hospitals facing uncontrollable issues.

Further study and resolution is needed now, to address what is being stated as unfair calculating procedures for particular types of hospitals with high readmission rates. Fairness and scrutiny over whether these penalties will negatively influence hospital decision making practices needs to be resolved, before it begins to produce another whole subset of problems. It is imperative that in going forward these disparities are quickly reexamined so as not to unduly penalize these great institutions for situational readmission causes that are beyond their control.

← Before the ACA, 1 in 7 people were denied coverage because of pre-existing conditions. Today: none. Do You Know What an Accountable Care Organization (ACO) Is? →