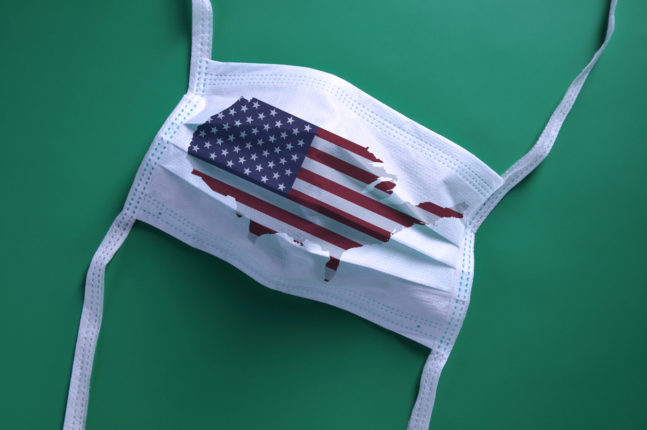 What are Biden’s plans for healthcare?

The last year has been tumultuous for a variety of reasons, chief among them a global pandemic. All eyes are now on the White House and its incoming administration as we face a second year of the novel coronavirus outbreak. With certification complete, Joe Biden will become the nation’s 46th president on January 20th.

But healthcare issues go beyond the threat of a deadly virus, and who’s sitting in the Oval Office can make a difference in what gets done.

Well before COVID took over the world’s headlines, America’s healthcare system remained the subject of fierce debate among lawmakers and voters. It’s been over a decade since the Affordable Care Act was signed into law. And it’s been challenged in courts and in public opinion just about every day since.

The ACA (“Obamacare”) attempted radical changes, though it hasn’t been entirely successful.

In 2021, more people have health insurance than they did in 2010, and more have access to it if they want it. But actual healthcare costs remain high. And for many families in America, health insurance itself is still laughably expensive, with sky-high deductibles rendering coverage ineffective.

What’s the answer to these and other problems with the American healthcare system? That’s for policymakers and healthcare experts to debate.

Here, let’s talk about President-elect Biden’s plans for healthcare once he takes office. According to his campaign website, the incoming president has a plan to . . .

President-elect Biden wants to strengthen the Affordable Care Act. As former vice president, Joe Biden held office when the ACA was signed and supports it fully now. His plan to build on the ACA includes:

Ditching the cap on income for subsidies.

Right now, people with incomes of 100% to 400% of the federal poverty level can get a subsidy on ACA marketplaces to lower the cost of health insurance premiums. In 2021, that means a single person making between $12,760 and $51,040 a year could get help paying her premiums. Biden wants to eliminate the cap of 400% so that more middle-income families can get subsidies.

At the same time, Biden wants to make the subsidies more generous. He intends to do this by setting the benchmark for tax credits based on plans at the gold level. It’s currently at the silver level. In theory, this would give people more choices on plans and help them afford broader coverage with lower out-of-pocket spending. He’d also lower the amount of what’s considered “affordable” coverage. Right now, the cap is 9.86% of your income. Biden would lower this to 8.5%.

Adding a public option to the marketplace.

To expand access further, Biden wants to create a public health insurance option and make it available to most people. This includes people with job-based health insurance and those who don’t qualify for state Medicaid benefits. The public option would be similar to Medicare in that it would coordinate care among providers. It would also, ideally, lower costs by allowing the program to negotiate healthcare prices like Medicare does.

Making sure Medicaid-eligible people get coverage.

Under the Affordable Care Act, states had the option to expand their Medicaid programs to include incomes up to 138% of the federal poverty level. (As a reminder, Medicaid is a joint state-federal health insurance program for certain people with low incomes.) Most states did expand their programs, but a dozen still haven’t. In the states that didn’t, people who would be eligible for Medicaid under expanded guidelines may not be able to afford health insurance. Biden would give premium-free access to his public option to these people. He would also enroll them automatically into the public option if they interact with other government programs, like public schools or SNAP benefits.

Much of the incoming president’s plan to reduce healthcare costs centers on creating a public health insurance option and boosting premium subsidies.

Gold plans on the marketplace cover around 80% of your out-of-pocket costs (on average, not always literally). Silver plans, which are what the current benchmark for subsidies is based on, cover around 70%.

If the Biden administration ups the subsidy benchmark to the gold plan, that means more people could afford the higher tier and save money out of pocket when they get care.

As for the public option, it’s presumably a way to ensure that people who might otherwise fall through the cracks — like those who don’t qualify for tax subsidies in the first place or people with an expensive employer plan — can get coverage. The idea is to provide an affordable alternative that’s not tied to a job or the private market.

But these aren’t Biden’s only goals for affordability. He also wants to:

It also includes, among other things, allowing Medicare to negotiate drug prices — something the program can’t currently do — and regulating how pharmaceutical companies price certain products.

The U.S. healthcare system is no easy mountain to climb. That’s been true for decades. The Affordable Care Act attempted to lower costs. But in creating a government-run marketplace for private plans, it added yet another layer to the already tough task of getting health insurance.

To offset this added layer, the ACA also created the role of navigators. These are people or organizations who help consumers enroll in ACA health plans.

Before Trump took office, the government also spent time and money on raising awareness for things like the open enrollment period and premium subsidies.

The Trump administration drastically cut funding for Obamacare outreach and assistance starting in 2017. That year, funding for outreach and marketing for the 2018 enrollment period dropped from $100 million to just $10 million — a 90% cut. The administration argued that much of the marketing for the ACA was unnecessary and wouldn’t impact enrollment.

President-elect Biden wants to boost funding again to help people navigate their insurance options. He also wants to make the healthcare system itself less complex, though details about how he would do this aren’t apparent yet.

What can Biden actually do?

Campaign websites are one thing. Reality is a different animal altogether. And that’s true regardless of who’s president.

Even with a Democratic Congress, some of Biden’s plans will be difficult to pull off, notably the public option for health insurance.

Adding a public option was supposed to be part of the original Affordable Care Act, but it got scrapped due to lack of support. And with a slim majority in 2021, Democrats may not be able to pass this kind of legislation even now.

There have been various versions of a public option for health insurance over the years. And while it’s not quite as radical as so-called Medicare-for-all, the public option would change the landscape of the healthcare system. (Whether that’s a good or bad thing is a topic for another time.)

So it’s unlikely that lawmakers could pass a public option. But some of Biden’s plans could happen even with a simple majority.

That’s thanks to a tactic called “budget reconciliation,” which only requires a simple majority for certain types of legislation to pass. The Senate is currently split 50/50 among Democrats and Republicans. But with Vice President-elect Kamala Harris as a tiebreaker vote, the Democrats have an effective majority.

That could make it easier to get some things done, such as removing the income limit for subsidies and setting the subsidy benchmark at a higher tier.

And what about the pandemic?

Of course, these long-term healthcare goals for the Biden administration will have to take a temporary back seat due to the pandemic. And for this, President-elect Biden has a plan as well. It involves creating a unified response to the global health crisis at the federal level.

In December, Biden announced a three-point plan to tackle the pandemic during his first 100 days in office. He plans to:

Biden has also reiterated the need for more economic help for Americans, pledging to do something about it once he takes office. He’s already assembled a COVID-19 task force to hit the ground running on January 20th.

The new administration will need to hit the ground running this month. While health experts are somewhat optimistic now that vaccines are being distributed, there’s still a long road ahead in the fight against the pandemic. President-elect Biden’s plans for healthcare could be stalled while the country deals with the ongoing health crisis.