What Happens To Frozen Embryos In a Divorce? 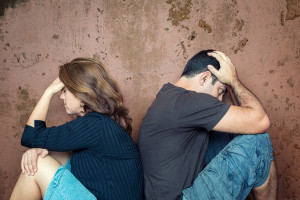 A couple in San Francisco had just married and soon after decided to create five embryos, the wife had just been diagnosed with breast cancer and feared chemotherapy treatments would make it impossible for her to have children. The wife survived the cancer, but sadly the marriage did not. Now, after the divorce the ex-wife wants to use the embryos, but the ex-husband does not want to be the father of any children with his ex-wife from the frozen embryos.

This is the focal point of the court case being brought: the courts will have to determine who will gain control of these frozen embryos now that the couple has divorced?

Changing Circumstances Can Blur What Once Seemed So Clear

Typically when a couple goes for IVF (In Vitro Fertilization) procedures there is a contract for each round of treatment. In the contract it stipulates what is to happen to the embryos in the event of a divorce. That seems pretty straight forward, right? Maybe not.

The couple in the San Francisco case at face would seem clear cut, their in vitro contract, which both parties signed, clearly states that in the event of a divorce the embryos would be destroyed. However, there have been other cases when the court has ruled against what is written in the contract. In Massachusetts for example a couple had seven rounds of in vitro, seven separate contracts that stated that the ex-wife would have control of the embryos. But, the court ruled in favor of the ex-husband stating that it would violate the public policy of that state to force the man to become a parent against his wishes.

Which takes us back to the San Francisco case, the ex-wife is now 46 years of age and, simply by virtue of that fact, is now infertile. There is no other means by which she can have a biological child of her own, so the embryos which were created for that very purpose is now her only alternative of ever having her own biological child. The courts have never ruled on someone in the ex-wife’s position before. Furthermore, her attorney is also claiming that the form the couple signed is not a legally binding contract. The courts previous rulings have been in favor of not forcing any person to become a parent against their wishes, but the circumstances of this case may produce yet another ruling that does not conform to previous case law.

Cases of this nature may also force the court to confront another issue, that being whether an embryo is considered a child or not? According to Judy Sperling-Newton, director of the American Academy of Assisted Reproductive Technology Attorneys, states that the courts are struggling with an answer in making this determination. “Whether an embryo belongs to the people who created it, as property would, as something else they would have to divide in a divorce,” Sperling-Newton says. “Or whether they’re living beings and should be considered the way children would be considered in a custody action.”

In time technology itself will put an end to this issue once and for all, today it is possible to freeze unfertilized eggs and sperm separately until the couple actually want to undergo the implantation of the embryo process. Should the couple decide to divorce before that takes place each would retain their own eggs or sperm in the divorce action, to do with them as they choose. But until such time as all the frozen embryos that remain in storage banks have been resolved the courts it seems will be deciding the issues on a case by case basis based on case law.

← Under Obamacare, doctors’ revenue up, patient numbers down Is Your Primary Healthcare Changing - Get These Tips on How You Should Too →