What You Need to Know About Cervical Cancer

You might have heard about cervical cancer, but maybe you’re not sure what it is or the risk factors. Who gets it and how can it be prevented?

Cervical cancer is cancer that begins in the cervix, a critical part of the female reproductive system. Once a leading cause of cancer death for women in America, cervical cancer is now largely preventable thanks to vaccines and proper screening.

Still, thousands of women get diagnosed with and die from cervical cancer.

In honor of Cervical Health Awareness Month, here’s what you need to know about cervical cancer, its risks and symptoms, and how to prevent it.

Disclaimer: the following is intended as information only and should not be used to diagnose or treat any medical condition. Please see your doctor for questions about your health, including concerns about or symptoms of cervical cancer.

What is cervical cancer?

Cervical cancer develops when cells in the cervix begin to develop abnormally. Over time, the abnormal cells may spread to other parts of the body.

This type of cancer usually – but not always – develops due to human papillomaviruses (HPV). Sexual activity can spread this family of viruses from one person to another.

Not everyone who contracts HPV will get cervical cancer. In some cases, though, the virus lingers in the body for years. Eventually, the virus may trigger cancerous growths. They could be on the cervix or a nearby body part.

Other risk factors for cervical cancer include:

Approximately 13,000 women in the U.S. get a diagnosis of cervical cancer each year and about 4,000 women die from the disease.

For some, a diagnosis comes early in the disease. That’s a good thing. Around 92% of that group will live for another five years or more.

But delays in detection can reduce the survival rate. Unchecked cancer may spread beyond the cervix. When that happens, the five-year survival rate drops to 58% or less.

Death rates among 20- to 39-year-olds show how serious this illness can be. Few cancers cause more deaths among women in that age bracket.

Getting to your 40s doesn’t necessarily decrease the risk, though. Most women are between 35 and 44 years old when they find out they have cervical cancer.

Diagnoses aren’t uncommon at older ages, either. And because older women are more likely to develop cervical cancer than kids or teens, 50 is the average age of diagnosis.

And while any woman can be at risk for cervical cancer, Hispanic women have the highest rate of developing the disease while black women face the highest death rate.

How is cervical cancer diagnosed?

Many women with cervical cancer have no idea that they’re sick. Early on, this disease often causes no noticeable symptoms. That’s unfortunate because early detection greatly increases the survival rate. This is why it’s so critical to get regular checkups and screenings with your doctor.

Regular screening exams are the best way to know whether there’s a problem developing in the cervix. The most common screening tool is the Pap test.

During a Pap test (or Pap smear), your provider takes a sample of cells from the cervix and sends it to a lab. A lab technician checks the cells for irregularities. Abnormal cells could be precancerous or cancerous.

Most women should get their first Pap tests when they turn 21. After that, the test is usually repeated once every three years in healthy women. Some people may need more frequent exams. At age 65, most women can stop having Pap tests.

Doctors can also sample cervical cells for signs of an HPV infection. If a test detects certain types of HPV DNA, healthcare providers know to be more vigilant about watching for cervical cancer.

Some women start having this test performed around age 30. Then, they may be able to space their Pap tests further apart. The joint tests are usually done every five years.

Vaginal discharge is one of the most notable signs. There may be blood alone or a mixture of blood and watery discharge. It might smell unpleasant, too.

Some women experience this discharge after sex. Others find that it happens at unusual times throughout their menstrual cycles. Vaginal bleeding can even occur after a woman has entered menopause.

Pain in the pelvic area is another cause for concern. It can crop up at any time, but it might be especially pronounced during sexual activity.

As the disease progresses, the symptoms can get worse and worse. Women may start to experience pain while using the bathroom. There may be blood in their stool or urine.

Advanced cervical cancer can cause frequent discomfort in your back or belly. And some patients may even experience puffy legs.

If you experience any of these symptoms, check in with your doctor. Cervical cancer grows slowly, but this means you might miss very early signs of it altogether.

When a doctor suspects that a patient might have cervical cancer, the next step is a visual examination. This is called a colposcopic exam.

Official diagnoses require a biopsy. That involves taking a small sample of cervical tissue. The doctor sends the tissue to a lab. There, it’s examined to determine whether cancer is present.

Cervical cancer treatment options depend on the stage of the disease and other personal factors. For example, a quick medical procedure can take care of precancerous abnormalities. But more advanced problems require more involved treatment.

The best time to treat cervical abnormalities is before they turn into cancer. That’s why regular Pap smears are so important. They can identify abnormal cells while they’re still in the precancerous stage.

Some precancerous cells call for monitoring. The doctor may recommend frequent Pap tests or exams to keep an eye on the situation. In many cases, abnormalities will resolve on their own without ever turning into cancer.

When the problem is more widespread, it may be better to treat it right away. Often, that means removing the cells through a process called excision. Another option is to destroy the cells. That’s called ablation.

Once cancer of the cervix develops, the treatment process becomes more involved.

Typically, the first goal is to remove as much of the cancer as possible. If the abnormal cells are confined to a small area, a quick excision process may suffice.

In other cases, the entire cervix may need to be removed. Sometimes, the uterus is taken out as well.

Excision isn’t always enough, though. Some patients have to undergo radiation, chemotherapy or other treatments. The more advanced the cancer is, the more rigorous the treatment will need to be.

Again, specific treatment options and approaches will vary by patient.

Can I prevent cervical cancer?

In a lot of cases, yes. Pap smears have been hugely responsible for reducing cervical cancer rates in the United States. Diagnoses are about 50% less common than they were four decades ago. That’s an enormous success.

Despite improvements, though, more can be done. Fortunately, there’s another weapon available in the fight against cervical cancer. It’s HPV vaccination.

Studies show that this vaccine reduces rates of HPV infection, a leading cause of cervical cancer. It also reduces the chances that a woman will develop cervical cancer.

Vaccination at a young age is best, ideally before beginning sexual activity. The goal is to get the shot before exposure to HPV.

Generally, the CDC recommends girls and boys begin the vaccination series at age or 11 or 12. Some children may get the first shot at age 9.

Later vaccination is better than none, though. The CDC advises that anyone under age 26 should get this shot. Some people between the ages of 27 and 45 are good candidates as well.

People who have gotten vaccinated should continue to undergo routine screening tests. Vaccination, Pap tests and HPV DNA tests all work together. Each is an effective tool for guarding against the devastating effects of cervical cancer. 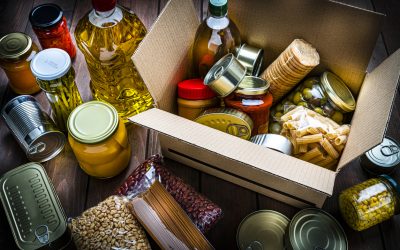 How to Stock an Emergency Supply Bin (or Two) 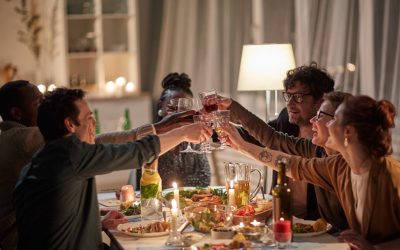 How to Create Holidays You Look Forward To