Depression doesn’t always show up the way you expect. Maybe you think about endless sadness or crying alone under your covers. And sure, those can be real symptoms of a mental health problem. But depression can manifest in other, less obvious ways.

It’s worth getting to know the less-obvious signs of depression. By doing so, you’ll be better prepared to recognize a mental health problem in yourself or someone else. The sooner you spot the concern, the sooner you can get help.

Disclaimer: The following is intended for information only and should not be used to diagnose or treat any medical or mental health concern. If you have questions about depression or any other medical issue, please talk to your doctor for guidance.

As long as you’re not in tears all the time, you might assume that you don’t have depression. Instead, you may chalk up your struggles to any number of other problems: stress, a busy schedule or lack of sleep.

But don’t blow off your symptoms. Depression could be the cause. If so, treatment could provide the relief you need.

In no particular order, here are five surprising signs that could spell depression.

It’s one thing to lose or gain weight when you’re trying. It’s another thing to shed or put on pounds without meaning to.

Depression can influence a person’s appetite. And when food no longer holds much appeal, the scale will show it.

Weight changes can go the other way, too. If you seek comfort in food when you’re feeling down, the scale may start to creep up.

We’ve all had nights here and there of tossing and turning. When restless nights become a chronic problem, though, depression may be to blame.

This could also manifest as a change in sleep schedules. You may find yourself absolutely exhausted as soon as dinner is over. Oversleeping might become a persistent morning issue as well.

Everyone needs a break sometimes, but people with depression can have a particular inability to focus on tasks. That can make it hard to accomplish important things, especially in the office.

Your coworkers may start to take notice, too. After picking up the slack one too many times, they may confront you about it.

People with depression may turn their glum outlook inward, and self-criticism can become a regular habit.

There can be an element of perfectionism to this. You may beat yourself up over any little mistake. If you don’t know something, you may start to doubt your own intelligence in general.

Or, you may feel guilty over things entirely outside of your control. For instance, you may blame yourself for even existing. You start to wonder if everyone else would be better off if you’d never been born.

There’s a lot of talk today about self-care, and that’s a good thing. But you have to balance self-care with daily functioning.

Zoning out in front of the TV is fine for a bit. But if it turns into an all-day every-day activity because it’s all you can handle, that’s a sign of a problem. The same might be said of anything you find escape in, like playing video games.

Drugs and alcohol are other ways that people try to escape their feelings of depression. Increased substance use could point to a mental health issue.

Depression can show up in different ways for different people. Often, the symptoms vary based on age and gender.

Anger and irritability are key signs of depression in adult men. It’s common for people to write those symptoms off as no big deal: “That’s just the way men are.”

Don’t be so quick to brush off these emotional clues. Chronic anger could be linked to depression.

Recklessness and heavy drinking could be other symptoms. Some men with depression throw themselves into their work or try to control other people in their lives.

Depression makes some women start to move like molasses. Everything they do slows down. They invest less energy in both walking and talking.

But for other women, depression could provoke them to go, go, go. Their movement might not be especially productive. It may simply be an inability to sit still for long. Buzzing from one activity to another is the result.

Women may need to pay attention to how depression relates to their cycles, too. There may be an increase in symptoms a week or two before their periods. A bit of crabbiness or irritability is normal during PMS. But some women experience more extreme symptoms. They may have premenstrual dysphoric disorder (PMDD), a type of depression.

This may be surprising to some, but unfortunately, kids aren’t immune to depression. It just may not be as obvious as it is in adults. To identify depression in children, look for changes in their behavior. Some kids start eating a lot more when their mental health is in poor shape. Others lose their appetite. Any variation from your child’s norm could be a cause for concern.

The same goes for sleep habits. Kids may start tossing and turning for hours each night, or they may become extra sleepy.

Kids who are depressed may complain often about not feeling well. Even after a trip to the doctor rules out physical problems, the complaints may continue. The school nurse might receive frequent visits from your child.

Most children enjoy fun outings and exciting activities. A child who seems to have lost interest in such things may be exhibiting another sign of depression.

School behaviors could clue you in to a teen’s depression. Mental health concerns may provoke adolescents to neglect their studies or act out in class.

Like depressed kids, teens may have a list of health complaints. Often, they present as a general “I don’t feel good” rather than specific concerns.

Teenagers with depression can come across as needy. It might seem that they’re always begging for validation from the adults in their lives. On the other hand, they may withdraw from others, especially their friends.

Other teens may adopt risky habits, including substance use.

Older people may not show their depression in the same way as younger adults. It might manifest as simply being grumpy. Of course, grumpiness is a stereotype associated with seniors. As a result, depression can go undiagnosed in this group for a long time.

The same issue arises with other depression symptoms in older adults. Forgetfulness is a good example. It could be the natural result of an aging brain, or it could be a sign of depression.

There are other tricky symptoms to watch out for as well. Low appetite is one. Listlessness is another, as are chronic complaints about pain or discomfort.

If you notice a pattern of potential depression symptoms in yourself or a loved one, it’s time to ask for help. Mental health medication and talk therapy are both effective strategies for treating depression.

You could start with a visit to your regular doctor. Primary care providers can recommend mental health resources in your community. If you have health insurance, call your insurer or use the company’s customer portal to find in-network therapists.

If you need help locating a mental health practitioner, use the SAMHSA Behavioral Health Treatment Services Locator. This resource is run by a federal agency and can point you toward treatment providers in your area.

Once you find a therapist, talk to that person about the things you’ve noticed. Include both the obvious signs of depression and the trickier ones. A mental health professional is the best person to determine whether your symptoms really do add up to a depression diagnosis.

And if you or a loved one is in a crisis and need someone to talk to now, dial or text 988 to reach the national Suicide & Crisis Lifeline. 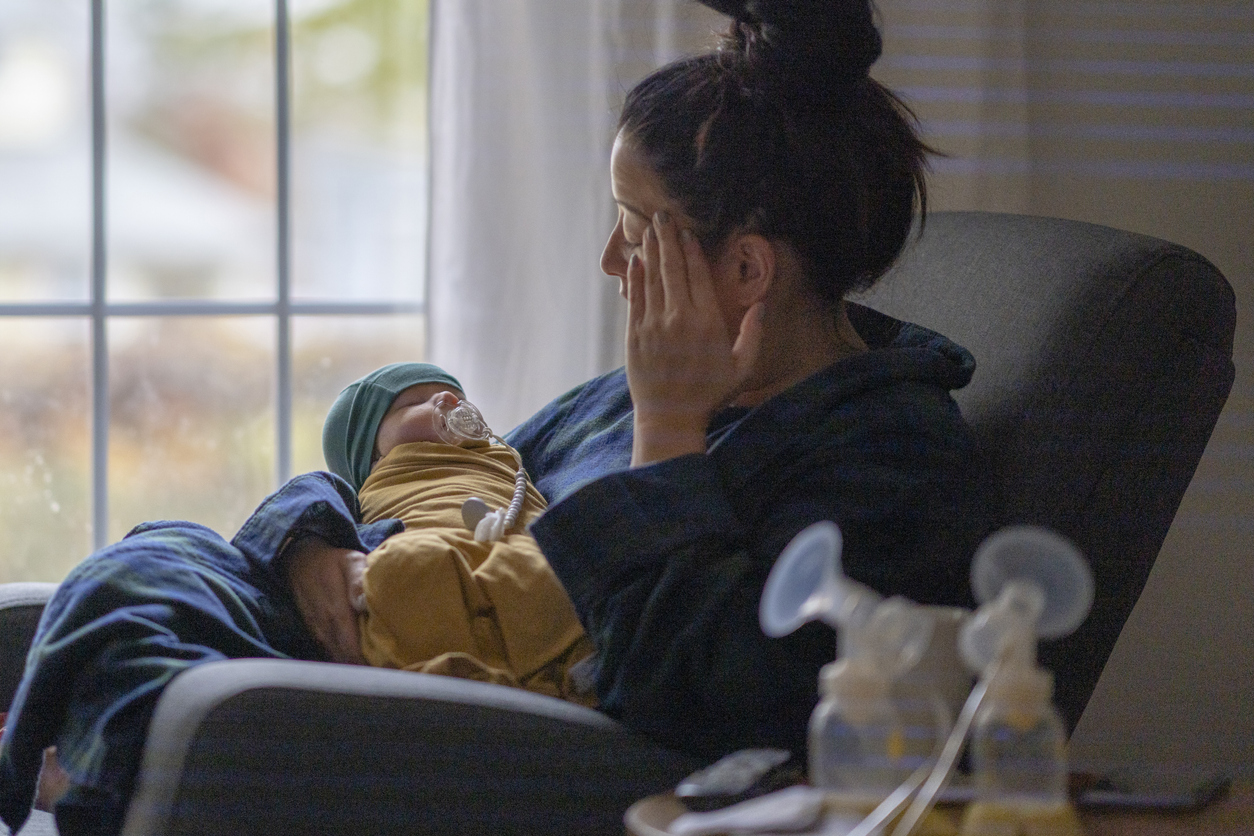 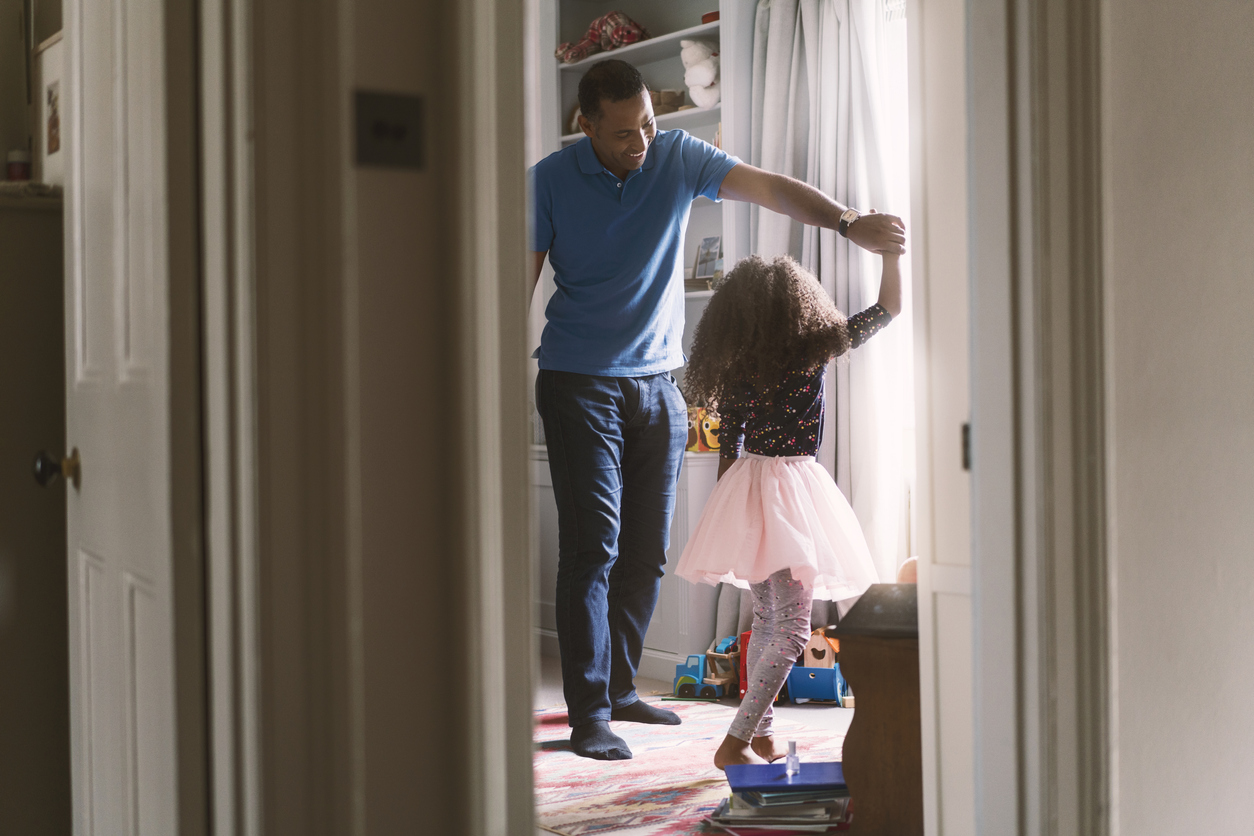 How Becoming a Dad Changes Your Brain