States Make Plans to Create Own Exchanges to Preserve Subsidies 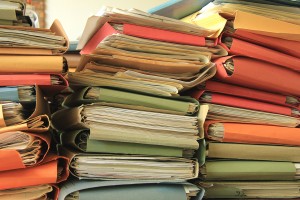 Residents of Pennsylvania and Delaware who depend on federal subsidies for affordable health insurance have a reason to celebrate. As of Monday, the federal government has approved contingency plans in both states that will allow people to continue receiving subsidies thanks to newly created state-run health insurance marketplaces. The state-run exchanges have been conditionally approved by the Centers for Medicare & Medicaid Services. This decision comes in preparation of a ruling in King v. Burwell, a case that challenges the legality of providing federal subsidies to states that utilize the federal health insurance exchange site for enrollment.

The Supreme Court is expected to rule on the matter in late June, but so far, just two states have created backup plans in case the court rules against the Obama administration. Currently, 34 states use the federal marketplace at HealthCare.gov in lieu of establishing their own exchanges. Plaintiffs in the King v. Burwell case claim that residents in these states are not entitled to receive subsidies based on a literal reading of one section in the Affordable Care Act. Defendants argue that the spirit of the law is to provide affordable coverage for everyone and that the law’s creators clearly intended for subsidies to be available nationwide.

The Health and Human Services Department has applauded Pennsylvania and Delaware for taking the initiative to set up their own exchange sites. These sites could make it easier for residents in both states to sign up for affordable health insurance. Across the country, approximately 6.4 million people stand to lose their health insurance if the Supreme Court rules against the federal government.

Those who keep their health insurance after losing subsidies could face premium increases worth around $3,300 per year according to a study by Avalere. That total represents the national average. In some areas of the country, enrollees would see substantially higher premiums without the federal tax credits that make insurance affordable. Alaska residents, for example, might have to pay $6,400 more per year for the same coverage. Even at the lower end of the spectrum, Arizona residents could see an annual premium hike of about $1,900.

Beyond the initial impact of a ruling in favor of plaintiffs, the outcome of King v. Burwell could have devastating effects on the American health insurance industry as a whole. Without subsidies to offset the cost of premiums, millions of enrollees might drop their coverage and risk paying the penalty fee instead.

Not only would this create a problem for individuals, but it would also affect premium rates across the board. Insurance companies depend on healthy, younger enrollees to mitigate the risk pool when setting rates. A substantial loss of this demographic could lead to higher rates for everyone else.

The federal government is willing to work with states on setting up their own health insurance exchange sites in advance of the Supreme Court’s ruling. While just two states have acted to prevent a potential crisis, government officials hope that more states will take proactive measures. The Supreme Court will decide the fate of advance premium tax credits at the end of this month.