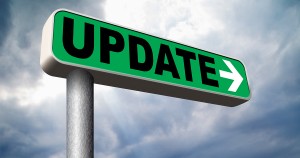 As of the end of the second open enrollment period under the Affordable Care Act, 87 percent of the people who signed up for health insurance using the federal marketplace at HealthCare.gov qualified for an advance premium tax credit, also called a subsidy, according to a report issued by the Department of Health and Human Services or HHS in February. Under the ACA, subsidies make health insurance affordable for millions of Americans by lowering the cost of monthly premiums. These tax credits, which are available to consumers who use state or federal marketplaces, ensure that more people have access to lower-cost insurance. The brief issued by HHS focuses on totals from the federal marketplace through Jan. 30 of this year. The numbers from individual state exchanges have not been incorporated.

Subsidies by the Numbers

For those who use subsidies to help pay for premiums, tax credits cover 72 percent of the cost according to the HHS report, and the average subsidy equals about $268 per month. This brings the total monthly premium payment to around $105 on average. Nearly 80 percent of enrollees who qualified for a tax credit could pick a plan that cost less than $100 per month after applicable subsidies. Just 53 percent of consumers opted for a policy that cost less than $100 per month.

Residents in some states received greater assistance than those in others, but in general, advance premium tax credits have substantially reduced the amount that people have to pay for insurance each month. In Alaska, for example, subsidies reduced premium costs by 82 percent. Mississippi residents saw a reduction of 89 percent. Even Arizona residents, who saw the lowest reduction in premium rates after tax credits were applied, paid 55 percent less in monthly premiums thanks to subsidies. Nationwide, tax credits have helped millions of people gain access to affordable insurance.

The Impact of Subsidies

Subsidies help people afford health insurance and healthcare, and it’s clear by the numbers that this aspect of the Affordable Care Act has been particularly effective in reducing the number of uninsured people in the United States. Unfortunately, those same tax credits that help lower the cost of insurance have become the subject of a hotly contested Supreme Court case. In King v. Burwell, plaintiffs argue that tax credits cannot be granted to people living in states that utilize the federal marketplace instead of their own state-run exchange site. A ruling in favor of the plaintiffs would directly affect approximately 6.4 million people. Long-term ripple effects of the ruling could also undermine the idea behind the ACA, namely that of providing affordable health insurance to the masses.

Residents of some states would fare worse than others. In Mississippi, for instance, the average cost of premiums would increase by 650 percent if subsidies were taken away. In other words, someone who currently pays $105 per month for insurance after subsidies would now be paying $682.50 for the same plan. Even at the lower end, residents in Arizona would see premium increases of 132 percent without available subsidies.

Nationwide, stripping away tax credits from the 37 states that use the federal marketplace would most likely place a larger financial burden on the remaining pool of enrollees. Premium rates could increase substantially to account for the sudden drop in covered young adults. If the Supreme Court sides with plaintiffs in King v. Burwell, then many Americans would be right back to where they started before the new law took effect. It remains to be seen how the court will rule this summer.